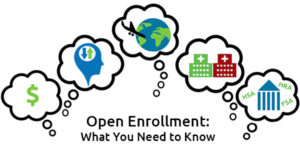 The IRS announced early Tuesday, February 14, 2017 that it will no longer require tax filers to INDICATE whether they had health insurance during the previous year.

So which plan is right for you? ACA/Obamacare or Non-Obamacare/ACA?

Nationwide PPO (excellent coverage for doctors, office visits, hospital stays, surgeries, and prescription drugs)
Lower deductible and out of pocket costs
Fully customizable (you choose how much you want to pay for your monthly premium, deductible, etc.)
½ the cost of an Obamacare plan
Sign up anytime and cancel anytime during the year
Multiple carriers who offer Non-Obamacare

Every legal US resident is eligible for an Obamacare plan
There are no medical questions in order to qualify
Depending on how a family income compares to the Federal Poverty level, family size, and how much healthcare insurance costs where you live, individuals and families can qualify for a subsidy

The disadvantages of Non-Obamacare Plans are:

There ARE a few disadvantages of having an Obamacare plan as well.

There is only one carrier that offers an Obamacare (which does increase your premium somewhat due to no carrier competition)
The networks are limited to only counties and cities
If you get sick or hurt out of state, your plan will not cover 100% of your bills
These plans are mostly HMOs which means these plans are not portable
Because everyone qualifies for an Obamacare plan, the premiums are very costly due to the many sick individuals on these plans. There is a shared cost to help people with surgeries, medications, and more you do not get to customize your plan meaning you do not get to choose your monthly premium, deductible, etc.
Open enrollment is only once a year between November 1 through December 15

REACH OUT TO US: